12 September 2017 was a big day for Apple & every apple fan & enthusiast. It was 10th anniversary of iPhone & Apple launched iPhone X (pronounced iPhone ten) with iPhone 8 & 8 Plus at Steve Jobs Theater, at Apple’s brand-new Apple Park campus. While many media houses were (again) on fire as if Apple launched something completely different from Market that is not the truth.

What iPhone X is?

It is a new iPhone with 5.8″ edge-to-edge OLED screen & XBOX Kinect style front camera. Yes, that’s it. Apart from it, the deals are as usual as every year. Better camera, better processor, better iOS upgrade.

Now talking about ground breaking technology introduced by Apple. Face ID is a technology which sees your face & unlock your device & even unlock other services & apps too. Such technology is available is already available with XBOX Kinect from 2010. Microsoft then released it in 2015 as Windows Hello with Windows 10 Update where devices like Mobiles, Desktops & Laptops, Convertibles, Xbox, Surface Hubs & more can scan your face & provide top notch security.

But iPhone X screen is different than others named. The top notch which has all the front camera sensors in not hidden. Whenever you will access your screen, it will be there, by side making your experience grosser. Many games & apps will simply have a section missing thanks to new display.

No headphone jack, USB-C, Touch ID is still something people miss. Even for fast charging you need to pay extra for the cable which is a big downside for premium users. Apple also introduced Animoji which I don’t think people will frequently use after quick tests.

But is iPhone all that bad? Not exactly. So lets talk on that by keeping iPhone 8 is comparison. 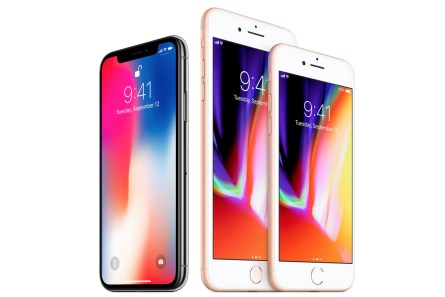 With iPhone X, iPhone 8 also got released with its Plus version. All these have durable All-Glass body which allows wireless Qi-charging possible.

So it can be said that iPhone X doesn’t provide anything extraordinary special in feature contrast with iPhone 8 for now. But as per the price point it is not a close deal:

iPhone 8 Plus Price is India

Is it for you?

This is a subjective question, as it really depends on one’s requirement & budget. If you already rocking with an iPhone 7 then there is no much profit gap for you. You can still wait till next year for iPhone S series & iOS 12 update. iPhone 7 is still a good phone if you just want to enjoy the stability of iOS & other iPhone features. Enthusiasts who can really afford to burn money or developers who can really make use of new features are strongly advised to go for iPhone 8 / 8 Plus. Although I can’t recommend iPhone X to anyone. At least not now. Reason? Because there will be always some problem with new tech at Apple. Whether it is iPhone 4s, iPhone 6 or any other new hardware Apple released. So unless you have 1 Lakh sitting around & you are really feeling wild, it is not worth to go for it. Hopefully, we will see much more innovative products from Apple in coming future.

Moreover for any kind of diagnosis, repair, replacement, fast fixing your iPhone or iPad, contact Gotango – More Life to Your Device, & our Tango will help you in keeping your device just like new.

Next Read: 10 Things You Must NEVER Do on your ANDROID Phone